Basketball by the Numbers 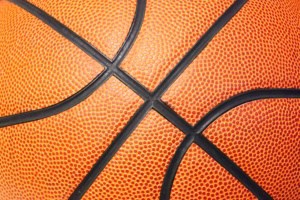 Basketball is a game of statistics and numbers. You win by scoring the most points. You can rest assured that the rim and backboard are going to be of the same dimensions. Game length is similar for various skill levels. When you get to know basketball by the numbers, your knowledge can let you see hidden insights that become important to the outcome of every game.

So here are the common questions that tend to get asked when looking at the specific structure of this wonderful game.

What is the size of a basketball court?

What is the size of a basketball?

What basketball jersey numbers are allowed?

Professional basketball leagues will generally allow any number to be placed on a player’s jersey.

In youth, high school, and collegiate basketball leagues, only single or double digits up to the number of 5 are allowed to be on a jersey. This includes a 0 or a 00. Jerseys from 1-5, 10-15, 20-25, 30-35, 40-45, or 50-55 are considered permissible. It is a rule that is in place for the amateur game because it allows for more accurate communication between the referee and the scorer’s table. The referee uses his hands to indicate the player number for a foul committed so it can be accurately logged.

How many fouls are allowed in basketball?

Standard basketball rules allow for 5 fouls at the high school and collegiate levels. Players in the NBA and WNBA are typically allowed 6 fouls unless an exhibition game with different rules is being played. Some youth leagues may allow 6-10 fouls per player, with the goal of never really having a player foul out of the game since the goal is to help them learn basketball’s fundamentals.

Technical fouls are different. Players are allowed 1-2 technical fouls before ejection, depending on the severity of the infraction. If a technical foul does not result in an ejection, it will normally count like a personal foul. Some leagues track technical foul numbers over the course of a season and implement suspensions on specific numbers.

In the NBA, accumulating 16 unsportsmanlike technical fouls over the course of a season results in a one-game suspension.

How long is a basketball game?

How long is the shot clock in a game?

Most youth leagues do not have a shot clock at all. In the United States, there are 8 states that allow for a high school shot clock to be used, which is either 30 seconds or 35 seconds. The college shot clock was recently changed from 35 seconds to 30 seconds. The NBA and WNBA feature a 24-second shot clock.

What is the size of the basketball hoop?

The standard basketball hoop size is 18 inches in diameter. The hoop is then attached to a backboard at a height of 10 feet from the ground. The inner rectangle on the backboard is 24 inches wide by 18 inches tall. Regulation backboards are 72 inches wide by 42 inches tall. For youth leagues, the only thing that changes is the rim height. Grades 3-4 should use 8-foot rims. Grades 5-6 should use 9-foot rims. Kids in K-2 can use 7-foot rims.

How many players are on a basketball team?

Using standard rules, a basketball game is a five-on-five experience. Teams are allowed to have any number of substitutes on the bench, ready to enter the game if called upon by the coach. Most teams have a rotation of 7-9 players that will play frequently, with 2-3 additional reserves in case players are ejected or get into early foul trouble. The State of Iowa played 6-on-6 basketball for girls until 1993. When James Naismith first invented basketball, the game was 9-on-9.

What are team fouls?

In the modern game of basketball, team fouls are the total number of fouls committed by each player on a team. If a team commits enough fouls, then it can lead to bonus free-throw opportunities for the other team. In US high school and college basketball, once a team has committed 7 fouls in half, then the opposing team can shoot one-and-one free throws. If they make the first free throw, a second is awarded. If the miss the first free throw, then the game continues on. At 10+ team fouls in a half, the opposing team is awarded two free throws.

In the NBA, each team is allowed to commit 4 fouls in a quarter without a penalty. On the fifth team foul, the team is considered to be in a “penalty” situation. More than one foul committed in the last two minutes of a quarter also qualifies for the penalty situation.

In the WNBA, each team is allowed 7 fouls per half for which no free throws are assessed unless the player is in the act of shooting. Any other fouls put the team into a penalty situation. Two-minute timing rules have also applied in this league since 2016.

Read our beginner’s guide to getting started with basketball here!