Back in the day, the best basketball training aids were your best friends and a long recess. You’d play 2-on-2 or 3-on-3 and then smash each other as hard as possible.

No blood? No foul. Those were the days…

Then we all got older and began playing organized sports. Suddenly the technical aspects of the game became more important.

The way you shot the ball would determine whether or not you ran laps around the gym. How you dribbled the ball with your weak hand could determine if you made it into the starting lineup.

And shooting free throws? Coach is going to have you shooting hundreds of free throws in practice over the course of a season.

Instead of relying on your coaching staff to help you get the fundamentals of your game down right, you have the opportunity to work on them during your own free time. These are the best basketball training aids that I’ve encountered over the years that have helped my game or helped me teach the fundamentals in youth teams.

Time to get a head start on the competition… 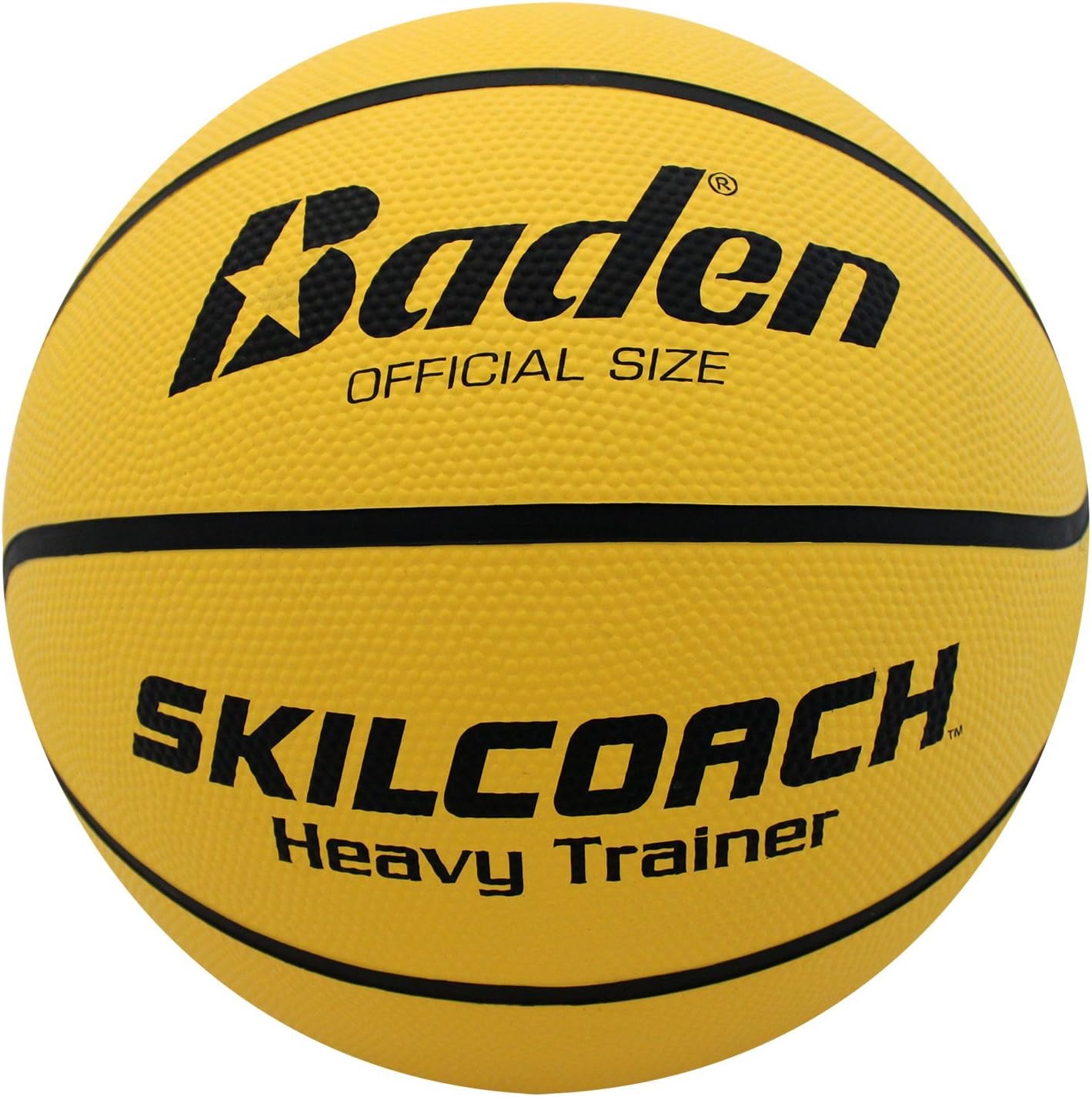 The first time my coach brought out a medicine ball, I thought my arms were going to die.

I could handle a few passes across the court, but anything more than that was really difficult. Part of that was due to the shape of those older medicine balls. The extra weight was nice because it added passing muscles, giving some extra zip to the pass.

That’s why I bring at least one Baden heavy ball with me to practice. They are available in multiple weights so that you can work with ANY level of training. You can even use them as a shooting aid for your guards to improve their overall range.

They are also available in official basketball sizes, so the muscle memory that is developed can be helpful in game-time situations.

The rubber cover is very durable. I’ve been using some of the heavy balls for dribbling practice over several seasons and they still look almost as good as when I first bought them. 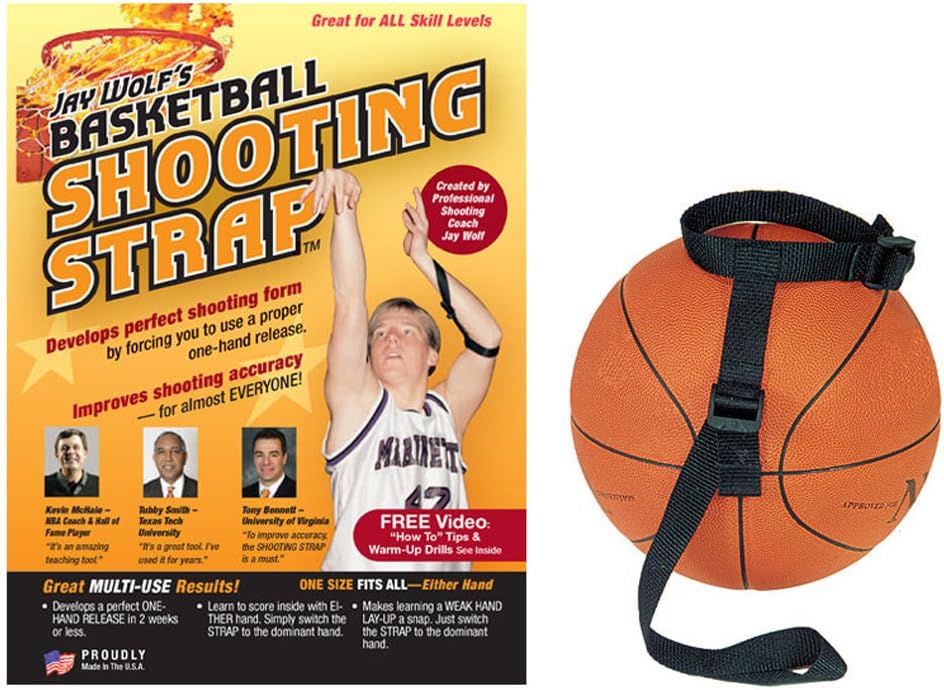 This is one of my more recent additions to the basketball training aids that I like to use. Normally I shy away from the idea of using a strap like this, but I’ve found that the effectiveness of this aid’s design really does do a great job in correcting an inaccurate shooting form.

Not every player is going to benefit from using this basketball training add. This is more for those players who are struggling to get their guide hand out of the way during the release of the ball. It’s also useful for the two-handed shooters who have developed their own unique form and for those who struggle with thumbing the ball.

The design forces the player to take a one-handed shot. It only takes a couple weeks of practice with this tool to reinforce the fundamentals of a shooting habit or create new ones.

Now many players will struggle with this training aid on the first few days they use it. This is because the muscles in the shooting arm are not used to bearing the brunt of all the weight of the ball. I try to limit shooting to 15-20 minutes on the first couple days of practice with this aid and then go up to 30 minutes afterward.

Give it a try and you’ll see how fast a shooting form can improve. 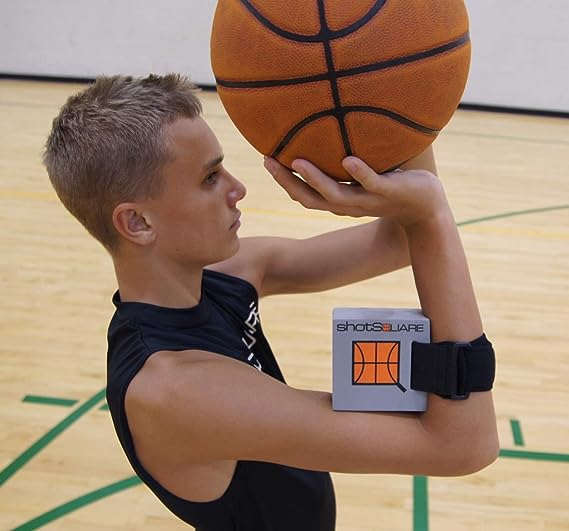 I grew up playing with a Size 7 ball. By the 3rd grade, I could consistently get it up to the hoop. To do that, however, I had to develop this unique shooting style of squatting down, bringing the ball to my knees, and then sort of “pushing” the ball toward the hoop. By the 7th grade, my shot was getting blocked all the time.

I see kids on my youth team having this trouble all the time. That’s why I love this shooting aid.

It’s really simple. You attach the block to the shooters arm and then have them take a shot from the elbow. The block prevents them from going too far back while helping the player recognize wear the correct release point happens to be. When you’re trying to teach a better jump shot and arm positioning, this has been the most consistent tool I have found.

This way you can create the ideal shot pocket with consistency over the course of a couple practices.

My first year on the varsity squad had me rarely responsible for taking the ball up the court. I’d pretty much set screens for the “real” shooters or sneak my way open to try for a specific mid-range shot that I knew I could hit. When I would practice ball handling, I’d go around these stationary targets. “Easy,” I thought.

Then my first real ball handling experience came near the end of the season. Both point guards went down one game with an injury and I was next on the depth chart. I figured I’d drive around players just like in practice. Then all of these arms, legs, and other flying body parts began attacking me.

This is why I love using this basketball dribbling aid in practice. It simulates real-game situations so that players are required to approach with a specific defensive dribbling stance. The arms on this equipment give the player immediate feedback so they can know if they got it right… or need to try it again.

The four sticks adjust in height quickly so you can run multiple drills without much downtime.

If you’ve ever been a basketball coach, there’s a good chance that you’ve yelled, “Get your head up!” to at least one player. I’ve been there. And that’s why I really love how effective this simple basketball training aid happens to be.

By wearing this goggles during a training drill, it forces the player to look upward so they survey the court. Instead of focusing on their dribbling and watching the ball, they’re reading the game. This makes the player more responsive to defensive movements and cutting drives that their teammates might be making.

Players tend to watch themselves dribble because they don’t trust themselves to perform this critical skill through habit. This limits their game, but it’s a compromise the player is willing to make because they feel like it makes them a better player. It’s up to you to show those players that they can be a better way.

These goggles are soft and come with an adjustable strap so they can be used by multiple players. You can also encourage your players to purchase them as part of their needed equipment. 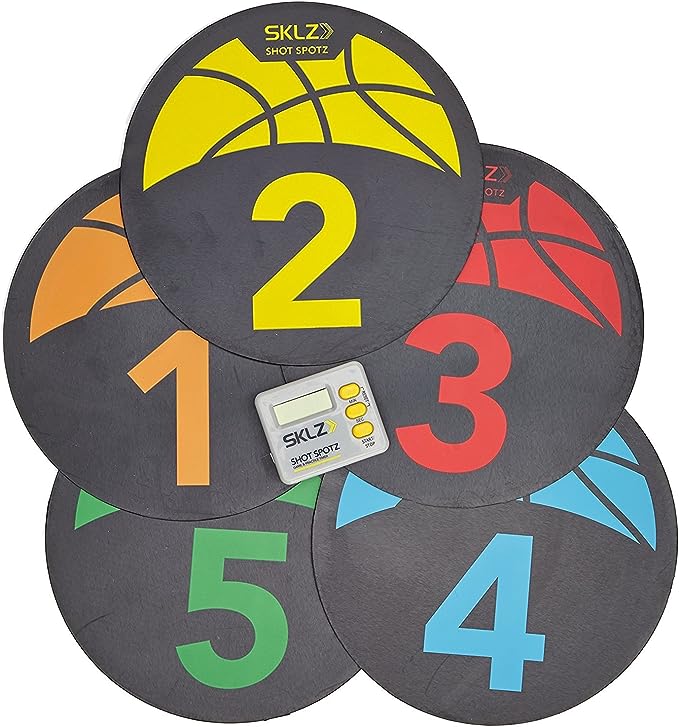 When you first start teaching kids how to play basketball, you want to get them comfortable with a specific spot on the floor. For me, that spot ended up being the right corner. From there, I could consistently hit a 3-point shot. It’s how I managed to make it onto the varsity team initially as a shooting guard.

Back then, we had to find our own spots. I prefer using training markers for common places on the floor for my youth teams. This set of five spots, numbered 1-5, allows you to choose different shooting locations for comfort. I typically put one on the free-throw line, two down by basket, one at the top of the key, and then a mid-range shot.

This is also a good basketball training aid for various shooting drills or contests. It’s also useful for player positioning when learning a new defense, like a zone defense with a youth team, or a unique full-court press you might want to institute.

They’re made of rubber, so you don’t have to worry about marking up your floor. Having a few sets of these has really made my life easier from a coaching perspective. 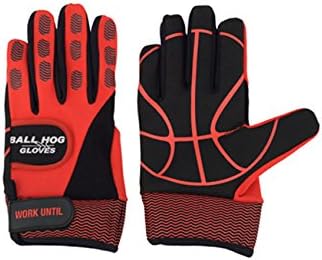 Ball handling and catching is a skill that every player needs to develop. The only problem is that many kids already think they have this fundamental down. When they slip on these gloves, they figure out that the world is very different.

I have every player use these gloves at some point, but my point guards sometimes find themselves wearing them throughout the entire practice. By adding weight resistance and creating a slicker grip, it forces more concentration on the actual mechanism and catching and handling, which creates better overall gameplay habits.

The best basketball training aids are an affordable way to teach new habits or show players new fundamental skills with relative ease. Add them to your equipment or keep them at home for personal use and you’ll see a marked improvement in player skills, sometimes in 14 days or less.

There are lots of options as the best basketball training aid, and all are very different, but the most useful in our opinion is the Shotsquare for its ease of use and versatility.